You are here: Home » Hardware » How to connect two monitors to a laptop or a PC

How to connect two monitors to a laptop or a PC 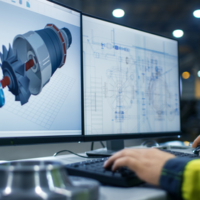 In order to increase productivity when operating a PC, many users decide to connect two monitors to a system unit or laptop. Working on two displays, you can expand the desktop space or, if necessary, duplicate the image from one of them to another. You can connect two monitors to almost any computer or laptop, but this procedure has a number of nuances, in both – Windows 7 and Windows 10, which we are going to discuss in this article.

An external monitor is connected to the system unit or laptop via GPU output. To connect two displays, it is necessary that the GPU can give a signal through at least two outputs. Almost all graphics cards released since 2005 have two or more connectors for connecting an external monitor. On laptops, as a rule, there is only one connector, but at the same time the display of the laptop itself can serve as the second monitor in this case.

To connect monitors there are normally used DVI, VGA and HDMI (various versions) connectors. On modern laptop models, the USB Type C or Thunderbolt connector can also be used to transfer information to an external monitor. Due to the outdated VGA technology, the user may encounter a situation where it is impossible to connect a monitor due to the lack of a corresponding connector on the GPU. Adapters like HDMI-VGA, which are easy to purchase, will help in this situation.

Please note
The monitor may have several ports allowing connecting it to a computer. Before you buy an adapter, we recommend that you carefully examine all the connectors on the back of the display.

It is recommended to connect the monitor to the PC while the computer is turned off in order to minimize possible risks of overvoltage and burnout in the process.

How to configure two monitors

Most often when the system unit is connected to the monitor in the Windows operating system, all necessary settings will be made automatically. Accordingly, immediately after booting the system, both screens will work, and the user will only have to set up the monitor operation mode. There are three options for a PC on Windows: 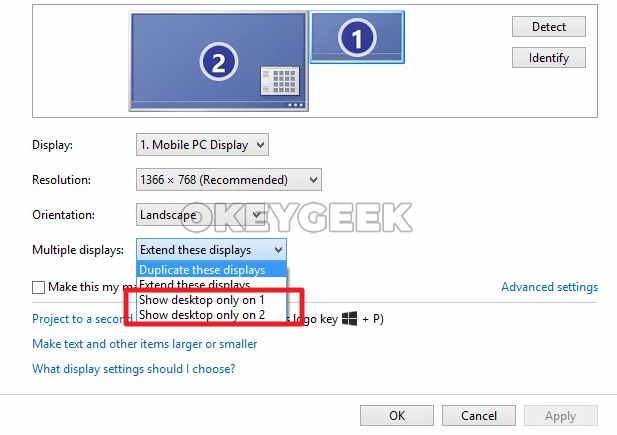 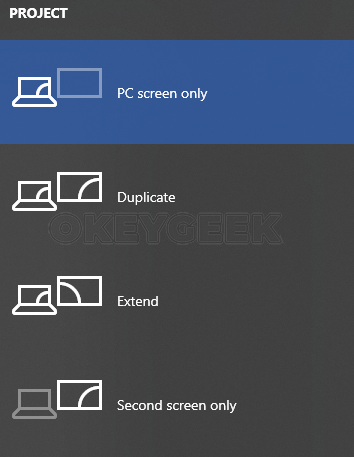 Faced with the situation of the wrong screen expansion, you need to go to the system settings. To do this, click on the Windows keyboard + I and select the “System” section. Further in the “Screen” subsection, specify the monitor that is physically located on the left as the main one.

Please note that if the image on the monitor appears blurry, you must also select the correct resolution in the screen settings.

It should be noted that some GPU manufacturers produce their own software, which allows you to customize the work of two monitors on your computer. If you have such software, you can use it to customize the screens; most often it is more functional than the standard settings in Windows.