You are here: Home » Error » How to correct the “CPU fan error press F1 to resume”

How to correct the “CPU fan error press F1 to resume” 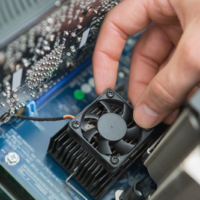 For the stable operation of your computer, all PC components must interact with the software properly. BIOS provides a lot of diagnostic tools that allow you to determine any malfunctions in the constituent parts of the system unit and peripherals, and then notify you about the presence of those malfunctions. It is important to react to such errors on time and in a proper manner, so that your computer will be working as long as possible without serious breakdowns.

One of the errors that a PC user may encounter when booting up the system would be the “CPU Fan Error Press F1 to Resume” message. This is the way for BIOS to reports the detected malfunction during diagnostic procedures when the computer is just starting its operation. As you can guess from the message, the error is connected to the CPU cooler (fan). Pressing F1, you can ignore the error and start the operating system, but doing this is not really recommended. If the CPU Fan Error Press F1 is not corrected in time, the CPU may overheat during operation, which will lead to its failure and the need to replace it. 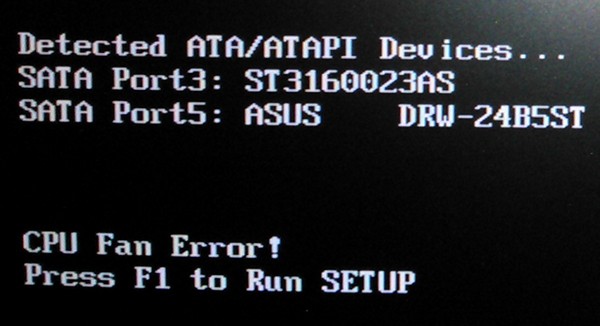 The reason for the “CPU Fan Error Press F1 to Resume” error to occur when the computer is booted cannot be named unequivocally. The problem with the CPU cooling system often occurs in one of the following cases:

In most cases, the problem described in this article appears due to improper cooler connection. Below we will tell you how to connect the CPU fan to the motherboard, so that you will not have to face the “CPU Fan Error Press F1 to Resume” error in the future.

HOW TO CONNECT THE CPU COOLER CORRECTLY

To diagnose the CPU cooling system (which consists of a cooler and a radiator), you first of all need to remove the system unit cover. Then you are going to need to locate the unit with CPU, cooler and radiator. Turn on your computer and see if the fan is spinning. After that, turn off the system unit, disconnect it from electricity and act on the basis of the following results obtained:

Important note: System units for gaming computers can be equipped with a special system that allows adjusting coolers rotation speed manually. For their operation, it is required to connect the fan in a special way, and this moment must be specified in the instructions to the system unit case.

If all methods specified above did not help to fix the “CPU Fan Error Press F1 to Resume” error, you can disable this alert in the BIOS settings. It is recommended to do this only in those cases when you are sure that the fan cools your CPU down to the required temperature even in stressful situations, that is, with the continued games and productive applications operation.