You are here: Home » Hardware » How to find out how many cores your CPU has

How to find out how many cores your CPU has 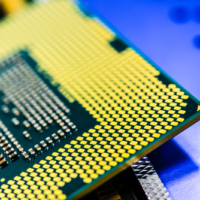 Contrary to the popular belief, the number of cores in a laptop or desktop processor does not directly affect its performance. The more cores are there in the processor, the more tasks your computer is able to calculate simultaneously. In this case, the speed of executing those tasks depends not on the number of cores, but on the processor frequency, architecture, and a number of other factors. In order for the computation of operations performed on a computer to go into several threads using several cores, the executed program must support this, otherwise only one core will be involved, and only its frequency will affect the performance.

A computer user can easily find out how many cores are there in his processor. This can be done in several ways, and below we are going to tell you about the main ones.

Finding the number of cores through the “task manager”

The easiest way to determine the number of CPU cores on a Windows computer is to use the Task Manager. You can launch the utility by pressing the Ctrl + Alt + Del key combination on the keyboard and selecting the corresponding item.

After you have launched the “Task Manager”, switch to its expanded view mode by clicking on the “Details” button. Then switch to the “Performance” tab from the top and click on the CPU in the upper left corner.

In the right part of the utility window you should be able to see information about the CPU usage, as well as some of its characteristics. 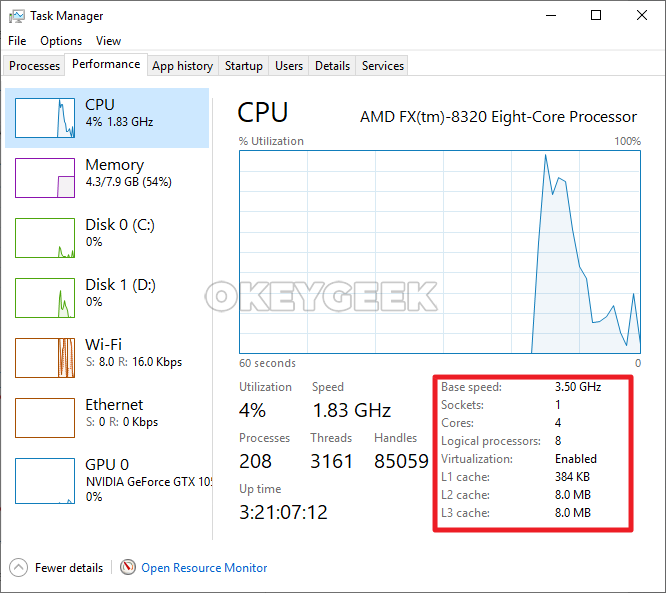 Finding the number of cores through the “device manager”

“Device Manager” is another Microsoft built-in utility, which allows you to determine the number of CPU cores. To launch it, right-click on the “Start” and select the appropriate item in the drop-down menu. 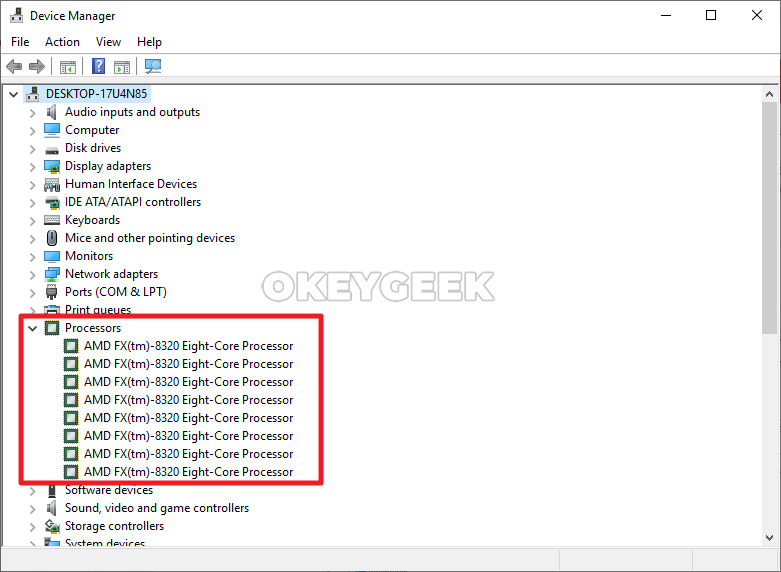 When the utility opens, find the “Processors” section and expand it. Now you should be able to see the CPU threading. It is important to note here that the number of threads does not always coincide with the number of cores. The fact is that some processors support hyper-threading technology where one core is divided into two streams. That is, if the processor has four cores, 8 threads will be displayed in the “Device Manager”, which can be misleading. Due to this fact, this method is not suitable for users who are poorly aware of the CPU characteristics and do not know whether it supports hyper-threading technology or no.

Finding the number of cores through the third-party programs

Various third-party diagnostic utilities allow you to find almost any characteristics of your computer, if desired, including the ability to determine the number of processor cores. There are dozens of both free and paid programs with similar functionality. One of the applications that allow you to find out how many cores your CPU has is CPU-Z.

CPU-Z application can be downloaded for free from the official website of its developers. Download the application, install it on your computer and run it. The CPU tab in the lower right corner of the screen will indicate the number of processor cores in the “Cores” column. 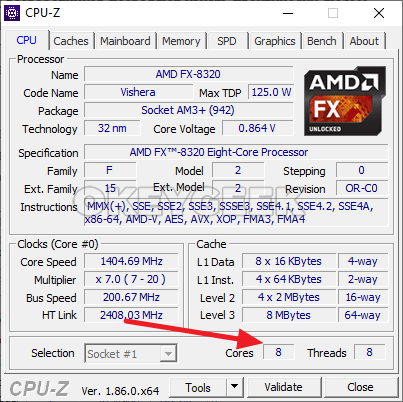 Finding the number of cores in system information

Another simple way to determine the number of cores in a processor is to search in the system information.

In order to enter the system information you need to right-click on “Start” and select the “System” item. This can also be done through the “Control Panel” by going to the “System” section.

Information about your CPU will be displayed in the “Processor” line. To determine the number of cores, you need to read the name, which will contain the right digits. 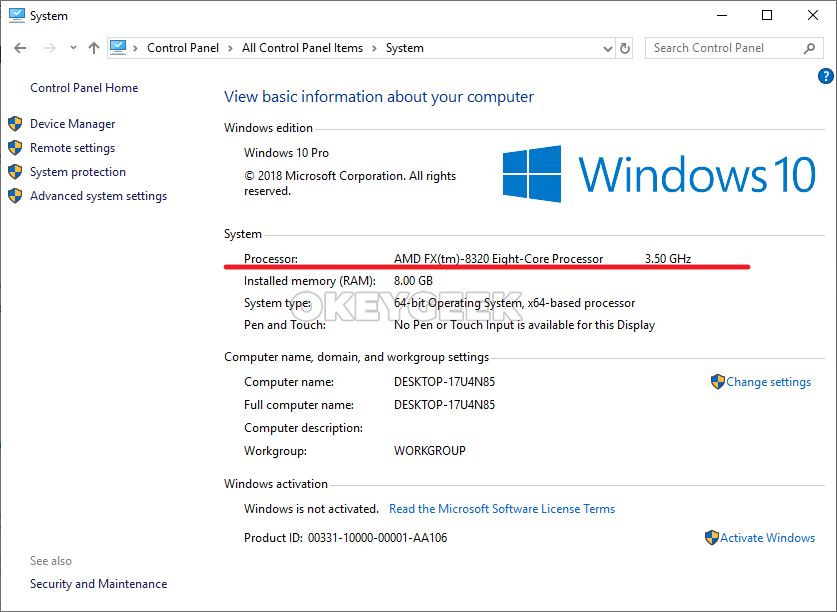 Please note that Windows 10 also provides another utility that displays system information. To call it, you need to enter “System Summary” in the search and open the utility. When it will open in its “Processor” section you should be able to see the number of cores and the number of logical processors of the CPU used in your computer.

Above we have mentioned only the most common and simple ways to find out how many cores your processor has.