You are here: Home » iPhone » How to scan QR-code on an iPhone

How to scan QR-code on an iPhone

Famous iPhone cameras contain a lot of hidden features, but some users are not even aware of those, hitting the search for third-party applications when they need to perform simple actions. For example, only few people know it, but the iPhone is able to scan QR codes directly through the camera, without the need to install any additional software from the store. In this article, we will explain how to scan a QR code on an iPhone, and why it is needed at all.

What is QR code

Before proceeding to the instructions on how to scan a QR code, you need to understand what it is all about. This is a matrix barcode that stores certain data. It looks like a black square with white patches. The advantage of QR codes is the ease of reading them, and at the same time the possibility of reading them without connecting to the Internet. That is, the user can get information encrypted in a QR code even without Internet access, which is quite convenient.

In Asian countries, QR codes are very common. They can be found literally everywhere – in advertising booklets, in newspapers, on large billboards, on TV during the broadcast of advertising, on clothing, and so on.

Smartphones offer the easiest way to decipher the QR code. Previously, to do this, one needed to install a special application on iOS. Now the QR code scanner is built right into the camera. In many ways, Apple did this to attract additional attention from the Asian market, where such codes are common.

Please note
If you know the method of forming a QR code and its decryption method, you can understand the information encrypted in it without any third-party devices, but this is rather difficult.

How to scan a QR-code on an iPhone

As it was already noted above, after iOS 11, the scanning function and instant decryption of the QR code is built directly into the iPhone camera. This means that it is enough to point it at such a code, and after this the device will recognize the encrypted data. What is important, the iPhone immediately understands what type of data is encrypted in the QR code. For example, if this is a link to a website, your smartphone will offer to go there, and if this is a phone number, you iPhone will suggest that you may like to dial it.

Please note
Many companies use QR-codes on street advertising banners, rather than phone numbers or website addresses, so that the user can immediately interact with the information.

To read the QR code via iPhone, you must first make sure that this function is activated in the camera settings of the device itself. To do this, run “Settings” and go to the “Camera” section. 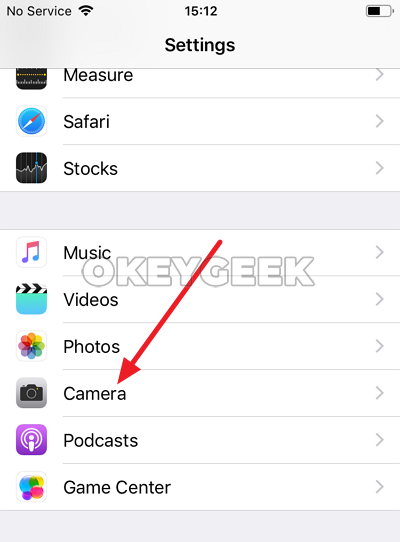 The switch in “Scann QR-codes” must be activated. 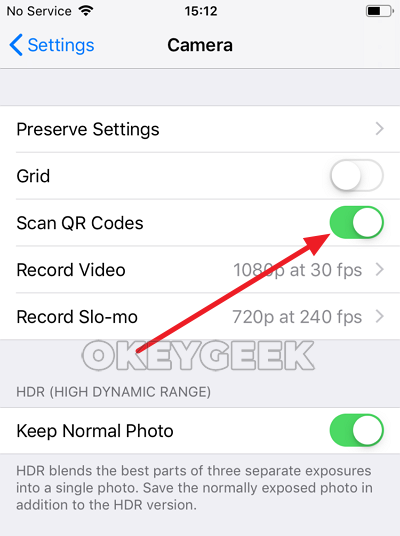 After this you just have to perform very simple actions. It is enough to launch the iPhone camera, make sure that regular photography is activated (or the mode of shooting square photos), point the camera at the QR code and wait. Almost instantly the information will be read, and you will receive a corresponding notification about it. 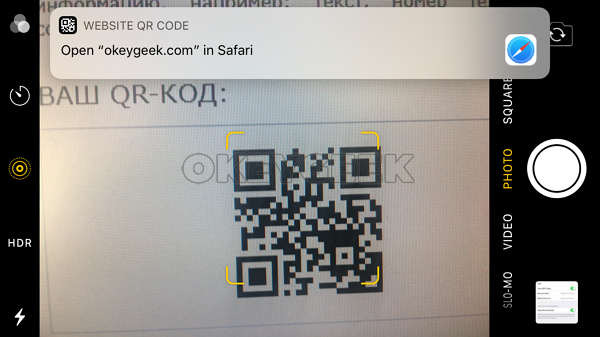 Important note: You don’t need to photograph QR-code in order to recognize it.

It is worth noting that if your camera is often in video mode, in order to read QR-codes it may be useful for you to put the camera activation on the control panel separately. To do this you need to go to the settings and then to the “Control Centre” section. 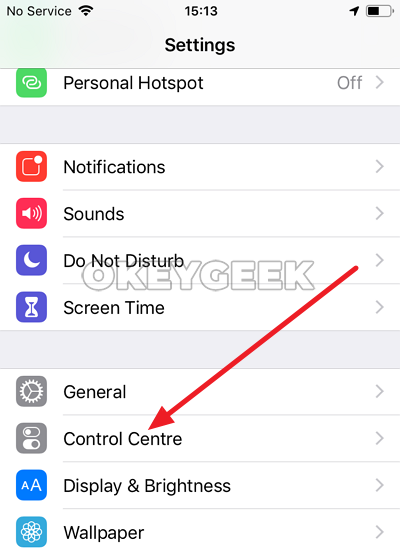 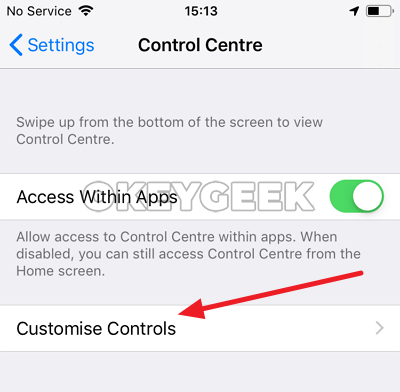 Here change the “Scan QR Code” item status from inactive to active. To do this, click on the plus beside it. 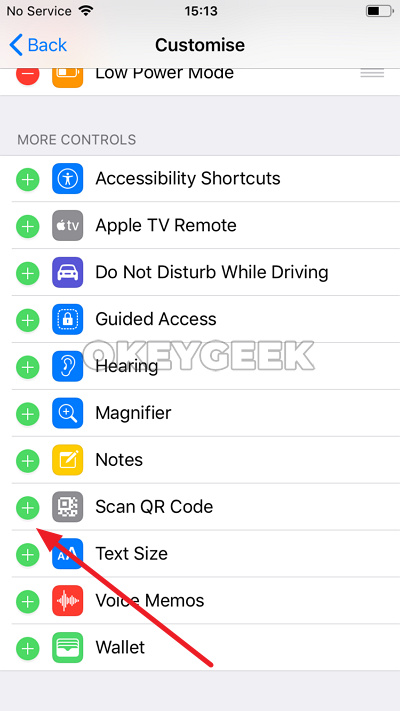 Now, when you called up the control panel (swiped from the bottom to the top of the screen) a QR code icon will appear in the list of items. When you click it, the iPhone camera will immediately go into the correct mode to scan information from the label. 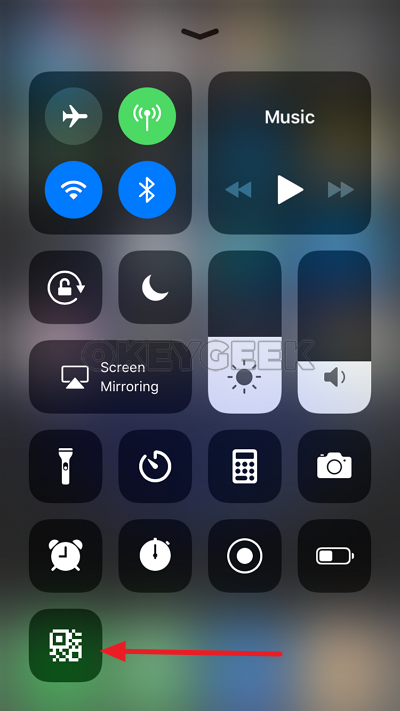