You are here: Home » Laptop » PC or laptop does not switch off at the end of the working process 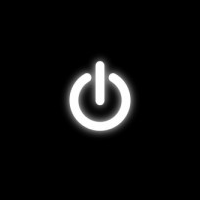 When installing a new version of the Windows operating system and a number of basic programs, any user may notice that his computer does not turn off after the work is completed and the appropriate item is selected in the Start menu. This problem is relevant for both desktop computers and laptops. Most often, it manifests itself immediately after installing Windows, and it is difficult for the user to solve it due to the inability to restore the system.

There are two main reasons why your computer may not turn off after shutdown. In most cases, failures occur at the software level due to a conflict between the installed applications and the operating system.

Such problems may occur due to drivers, if they are installed from a common package, for example, such as Sam Driver. This is due to the fact that not always user of a certain PC downloads the latest version of the driver compilation. For example, your computer may not turn off after shutdown if non-optimized drivers from previous versions of the operating system are installed on Windows 10.

In no case this problem must be left without attention. Many users are tempted to just turn off the computer with the clamped power button. But in fact it is nothing else but the emergency power shut down, and there is always a risk that the hard disk will soon be damaged, which may easily lead to a complete data loss.

This problem can be solved independently, without referring to special service centers. Some users believe that the computer will stably turn off when shutting down if they will just reinstall the operating system. This does not always help if exactly the same version of the operating system is installed on the computer over and over again, because together with it there will be installed all those drivers and programs that caused the conflict on the first place.

In cases where a conflict occurs between one of the installed programs and the operating system, the correct solution would be to check the stability log to find out the specific cause of the problem. Windows has a special application called Reliability Monitor, which allows you to look at conflicting programs and Windows services. To run this application, type the perfmon / rel command in a search in Windows 10 (Windows 8) or in the command line while running it as administrator.

After the command is written, press Enter. This action will launch the “Reliability Monitor” application. It allows you to comfortably see which applications on the computer are malfunctioning. You will also be able to detect Windows errors and other malfunctions. 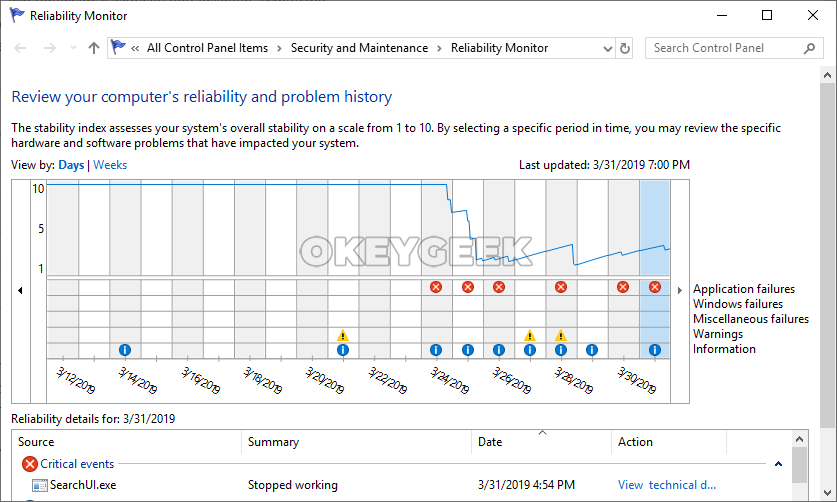 Having determined through the “Reliability Monitor” the reason why your computer does not turn off when you shut down Windows, you can fix it. Most often, to resolve a conflict, you need to remove one of the applications or disable the Windows service.

Method described below helps more often if the laptop does not turn off after shutdown. Its essence is setting the power management mode of the computer. So in case your laptop is refusing to turn off after your work is done and you have given an appropriate command, go to the “Device Manager”. To do this, press the keyboard shortcut Windows + R. You are going to see the “Run” line, now write the devmgmt.msc command and press Enter.

The “Device Manager” tab will open. Here you need to open the “Universal Serial Bus Controllers” menu. Now you will need to do the following for each of the items that have the name “Root USB Hub” or “Generic USB Hub”: 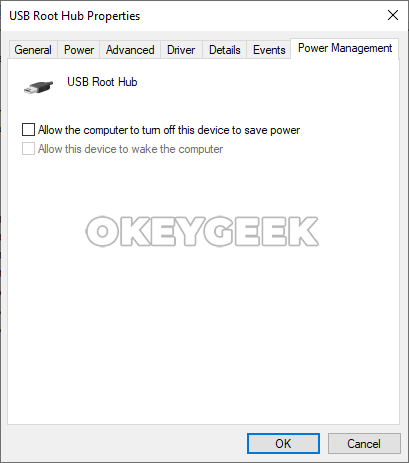 After that, close the “Device Manager” and again try turning off your computer or laptop once again.

If you computer is taking long time to shut down, you need to change the registry settings that are responsible for the waiting time when closing programs. The most convenient way to do this is to create an executable file. To do this, write ‘notepad’ in the search, then click on the found result with the right mouse button and select “Run as administrator”.

Next, you need to copy the following code into the notepad:

When the code is copied you need to save the notepad file at any convenient place in the .reg extension (or you can change the extension after saving). When the file is saved in the required extension, double-click on it and confirm the intention to make changes to the registry.

After that, all “frozen” programs will shut down automatically at the time of Windows shutdown, and for all other services and applications the waiting time for closing will be reduced to 5 seconds.