You are here: Home » Computer viruses » Rootkits: what are they and how to remove them

Rootkits: what are they and how to remove them 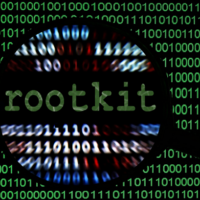 Variety of computer viruses is growing, and cybercriminals are coming up with new ways to harm users and profit from it. Few years ago, the main target of virus creators was to hack the user’s computer, inform him about it and demanded money. Today for the virus creator it is much more interesting to get the user’s computer under control, in order to use it later on, for example, for sending spam, mining or some other harmful actions. Rootkits are used as a virus tool that is meant to “invade” computers of ordinary users.

Rootkits are harmful programs that penetrate computers in various ways. For example, a rootkit may get into your computer along with a program downloaded from the Internet, or with a file from any message. By activating rootkit on his computer, user actually allows attackers to access his PC. After activation, rootkit makes changes to the Windows registry and library, opening the possibility for its “owner” to manage this computer.

Regular antivirus products can “catch” the rootkit at the stage when it is downloading from the Internet and loading. But after the rootkit had already made changes to the system, they do not see that the virus has hit the computer and cannot solve the problem. 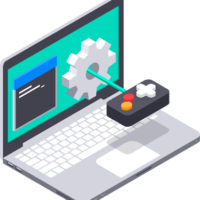 Through the rootkit, hackers can receive all the necessary information from the computer. This can be confidential data (logins, passwords, correspondence, information about bank cards, etc.). In addition, through rootkits hackers can control a computer and perform various actions, including fraudulent.

For example: The rootkit got its way into the user’s computer. After some time, the Internet provider disconnected it from the network, explaining it with a “massive flood”. As it turned out, the user’s computer was distributing broadcast data packages to all network users at a speed of several thousand per minute through the network (whereas in a normal mode one user is able to send only 10-15 of such packages).

There are hundreds of ways for hackers to use rootkits on a user’s computer. So it is obvious that these viruses are extremely dangerous, and you should not allow them to infect your PC.

Please pay attention: Sometimes rootkits penetrate computers quite legally, along with one of the programs downloaded from the Internet. Users rarely read license agreements, and inside those agreements program creators may specify that a rootkit will be installed along with their application.

HOW TO DETERMINE THAT YOUR COMPUTER HAS A ROOTKIT

In terms of detection rootkit is an extremely unpleasant virus. Not all antivirus programs are able to see it, especially after it was infiltrated into the system. In addition to that, there are practically no obvious signs that the rootkit had “settled” in a computer. Among the signs that may indicate the presence of a rootkit on a computer, it is worth highlighting:

HOW TO REMOVE ROOTKITS

Antivirus discs are the best remedies for rootkits. Many large companies specializing in fighting viruses offer their antivirus solutions. Windows Defender Offline and Kaspersky Rescue Disc are doing very well in these matters. 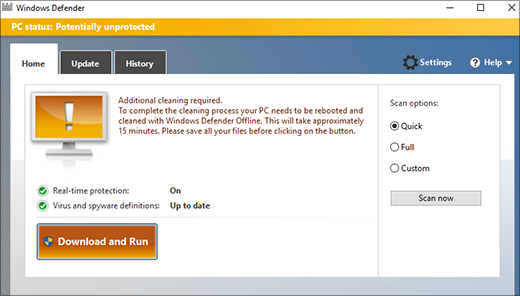 Choosing anti-virus disc to fight rootkits has to be done with the consideration that viruses cannot prevent the system from being checked when the antivirus disc is started. This is due to the fact that antivirus discs work when Windows itself is not running, and associated programs, including viruses and rootkits, are not running along with it.

There are also several applications that are effective in fighting rootkits:

All these utilities are distributed free of charge, and they can easily cope with common rootkits.