You are here: Home » Windows » What is hosts file in windows: where is it, how to change it, why do you need it, how it looks like

Computer users are rarely trying to understand working principles of the various functions of the operating system they use. Most people know that to connect to the Internet via wire or Wi-Fi, it is enough to enter a login/password and enter your request in the browser. But in fact the principle of Internet operation is much more complicated. An important role in connecting your computer to the Internet is played by the system hosts file in Windows, and this file is often attacked by virus software. In this article we will tell you what the hosts file should look like, where to find it in Windows, how to change it, and which tasks is it responsible for.

Why do you need hosts file in windows?

In Windows operating system the hosts file can be called a kind of “Instruction for connecting to the Internet”. Its main task is to convert the incoming symbolic information about the requested domain into the required IP address. When you connect to a specific website on the Internet, the symbolic request is converted to the IP address of the server that your computer is supposed to connect to. Hosts file is responsible for this conversion, and the computer’s request to this file is a bigger priority than the request to the DNS servers.

After examining the hosts file functions, virus developers are constantly trying to use it for their own purposes. In particular, in this file you can write information that will prevent one’s computer from connecting to a specific IP address or website. Most often, cybercriminals block access to popular social networks or websites containing anti-virus software through a computer’s hosts file.

Also there is a quite common way of deceiving a user by replacing information about the IP address that the browser should connect when entering a specific domain name of the site, and this replacement takes place exactly in the hosts file. This way some attackers direct one’s computer to a website that looks like a requested resource — for example, a popular social network. Inattentive user enters his login and password in the window that appears, but this information will be sent directly to the attacker.

To get rid of problems with unwanted redirects to malicious websites, you should keep the hosts file in proper condition and edit it if necessary.

Where is hosts file in windows 10, windows 8?

Since the hosts file is a system file, and it is installed with the Windows operating system, you should look for it in the appropriate folder. There are two ways to find the hosts file on your computer.

Open a search on your computer, enter “documents: hosts” as a search query and start searching for the required file. This method of searching the hosts file has one significant drawback – it takes up a significant amount of time. If the computer has a large hard drives clogged with information, looking for the hosts file may take dozens of minutes, and even more than an hour. To shorten the file search time, you can designate an approximate disk (or folder) where it is located. 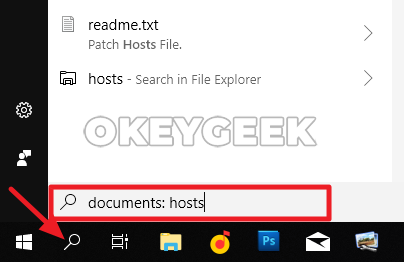 The second method is much simpler – just go to the folder where the hosts file is located. Location of this file in Windows does not change from one version to another – it is always located at the address “C: \ Windows \ System32 \ drivers \ etc”. If your system disk (that is, the disk where the operating system is installed) is not C, then, accordingly, you should look for the appropriate one, and not as shown in the example. 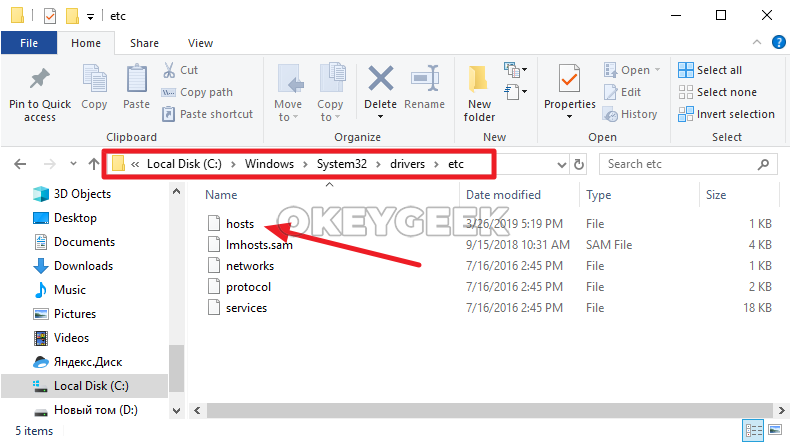 How to change file hosts in windows? 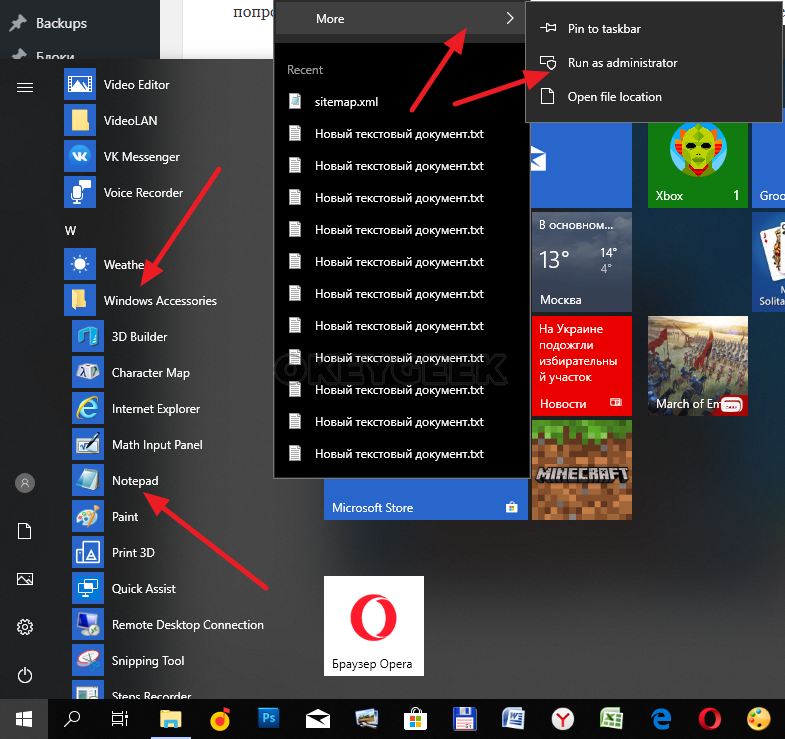 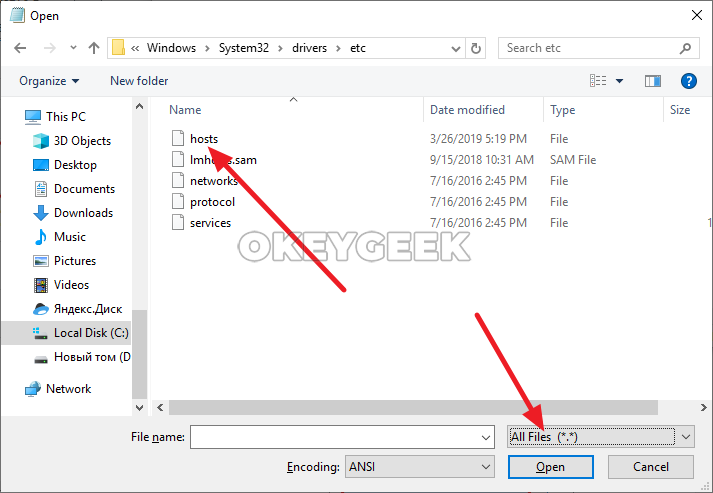 Now you have an opportunity to change the hosts file in Windows, since it is opened through Notepad, which you run as administrator. Many users make one same mistake when they open the hosts file without administrator rights – they change it, but the information in the file after saving remains the same.

This is what you should be able to see in the hosts file:

Attention: Virus software is becoming more and more advanced, and if at first glance it seems to you that the hosts file on your computer completely coincides with what is presented above – this may not be the case. For example, sometimes a virus changes English letters to the similar Russians ones or the number 0 to the letter O. Also a common way of manipulating the hosts file is to add information about prohibiting access to some websites well below the area that is visible to the user. 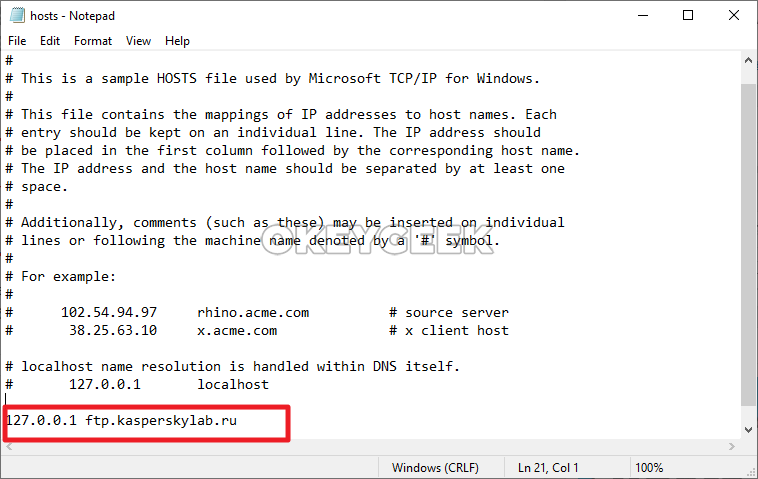 Note that if after changing the hosts file some unwanted lines were added to it again, you should check your entire computer for viruses that can replace the native system file with their own immediately after the user has made adjustments.

How to find mac address of a computer, router, network card and other equipment