You are here: Home » Hardware » Acceptable temperature for CPU, GPU and other PC parts

Acceptable temperature for CPU, GPU and other PC parts 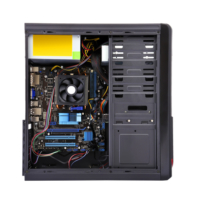 Internal elements of any system unit (processor, graphic cards, hard drives etc) may easily fail when overheated, which should be obvious to any more or less experienced computer user. The higher the system performance is required, the more PC parts are loaded and heated, reaching quite significant temperature values. Cooling in this case is provided by all kinds of coolers. But sometimes computer components are still subjected to overheating, which may lead to some unpleasant consequences.

There are hundreds of different programs that can help you to check the PC parts temperature: AIDA, HW Monitor and many more. During tests you will be able to see the temperatures of your processor, graphic card, hard drive and other parts. But these figures alone will tell you nothing, and within the framework of this article we are going to explain what temperature is acceptable for different PC parts.

Each computer part has its own operating temperature limit, which may also vary, depending on the particular model. Let’s give the average figures for the main PC parts: 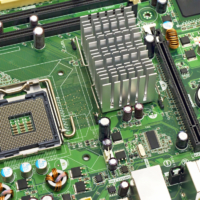 Motherboard. Motherboard (a chip on it to be precise) is rarely overheated. 35-45 degrees Celsius can be considered a standard operating temperature for this component. In rare situations, it rises to 55 degrees, but this is only possible if we are talking about some highly productive solutions, when two video cards are installed and a resource-intensive task is started. With the standard PC operation – browser, files and office applications – the motherboard chip temperature is not exceeding 40 degrees Celsius.

CPU. Calculating temperature that can be considered normal for CPU is much more difficult. We can select several points, average for most processors:

It is worth noting that the good cooling system is directly affecting the CPU performance. At low temperatures, your CPU will be coping with its tasks much better. If the CPU overheating became an issue it is good to change the thermal paste immediately.

HDD. The average operating temperature of the hard drive is about 30-40 degrees Celsius. If it heats up to more than 50 degrees, you should check the drive.

It should be noted that above we have mentioned only the temperatures of the main PC parts themselves. But we must not forget that they strongly depend on the temperature inside the system unit, which cannot be measured by any programs. It is important that hot air that accumulates in the PC casing can quickly leave it. Several good coolers blowing the hot air out should be quite enough.

If your computer is working without failures, there is no need to worry about overheating. The following symptoms indicate that one or more PC parts are constantly overheated:

Artifacts appear in productive games. This indicates the graphic card overheating or malfunction.

It is important to note that symptoms mentioned above not always indicate PC parts overheating; all these symptoms may appear for some other reasons too.

What should i do if PC parts overheat

Coolers are carrying the main responsibility for the temperature of all PC parts. If they do not cope with their task and the elements of your PC still overheat, it is recommended to:

If the tips above did not help you to get rid of the constant PC overheating, you may need to think about installing a more efficient cooling system.