You are here: Home » Hardware » How to choose the right CPU cooler

How to choose the right CPU cooler 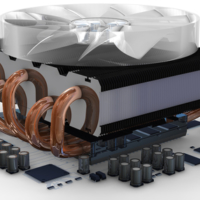 CPU heat dissipation is one of the main parameters, which should be taken into account when assembling a computer since the CPU is the key component – the entire system operation depends on it. If it will overheat, the forced cooling mode will start and it will result in the missing cycles, which may easily lead to many problems with the computer performance. When the processor cannot cool down even this way, it shuts down automatically not to fail completely. Talking about the dangers of a sudden PC shutdown is probably not worth it, especially when it happens in the CPU emergency mode.

In order for the CPU to maintain the permissible temperature, it needs additional cooling. That’s why it is important to choose the right CPU cooler. There are many nuances that you need to pay attention to when selecting a CPU cooler and it’s also important not to forget about the basic parameters when selecting it.

WHY CHANGE THE COOLER THAT COMES WITH THE KIT 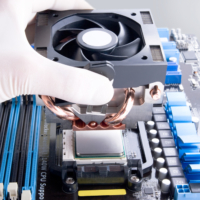 On the market it is possible to meet central processors in OEM and BOX complete sets. In terms of performance there are no differences between these versions of the CPUs of one same model, they differ only in the kit composition. OEM kit contains only the CPU itself, while the BOX kit has a cooler.

Many users who do not have much experience in assembling a computer can get the impression that the ideal solution is to purchase a BOX kit, but this is not always right. Coolers that come with the processor in this case are often of a pretty low quality, and they are not capable of cooling the CPU when its load is high. That is, if the CPU is purchased for just an office computer, where it will not be faced with tasks more complicated than working with a browser and a text editor, there will be no problems with cooling the processor with a cooler from the BOX kit. But if the CPU is needed for games and other resource-intensive applications, you need to think of buying a more powerful cooler.

Modern processors consist of more than 500 million transistors and each one of them is heating up in the operation process. Due to the small size of the CPU, such a serious heat cannot dissipate by itself this is why there is required an additional cooler. The more complex tasks are put before the processor, the more effective cooling will be needed.

HOW TO CHOOSE A RIGHT CPU COOLER

The most important thing to do when choosing a cooler is considering the CPU characteristics. Obviously, the more powerful is the processor, the more heat it releases at a high load. Accordingly, it needs better cooling. The CPU heat dissipation parameter is usually marked as TDP, and it is measured in Watts. Paying attention to the CPU heat dissipation, we must also not forget that the CPU models differ from each other by the socket type. And now let’s consider each one of the CPU selection parameters in detail. 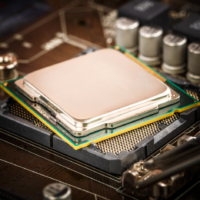 The socket means basically the processor size, and it is usually marked as: AM3 +, 1150, 2011-3 and other combinations of letters and numbers. Manufacturers are trying to standardize CPU for certain sizes, but, due to changes in production technology over time, they are already available in about a dozen of different sizes. A socket is the size of the connector on the motherboard, where the CPU itself is inserted. Thus, when choosing a cooler for the processor, it is necessary to first learn the CPU model and specify on the Internet on the manufacturer’s website, in what type of socket it is executed. Often coolers are suitable for several sockets due to the fasteners universality.

Having decided on the size, you need to look at the CPU heat dissipation. You can find information about the TDP parameter of this or another processor on the official website of the manufacturer. Things are getting a bit more complicated when it comes to selecting a right cooler by the heat dissipation parameter for a particular processor model. The fact is that in online stores and on various websites it is quite rare to find the exact information about which cooler is suitable for processors with this or another TDP. However, the famous CPU cooler manufacturers, for example, Noctua, do not hesitate to specify such information. If you cannot find information on a specific cooler model, you can use data from the table below. Note that the information in this table is very approximate, and it is better to choose the CPU cooler “with a margin”.

HOW TO CHOOSE A QUALITY COOLER

Even if you already selected models of coolers by the CPU parameters, there will still be dozens, if not hundreds, of coolers that can be purchased. In this situation, you should look at the feedbacks on the quality of some particular coolers left by their owners. But it is better to exclude the least qualitative ones from the available options by evaluating coolers by yourself according to the following parameters.

The area of a cooler that touches the processor plays an important role in cooling. Since the CPU dimensions are fixed, it is practically impossible to increase this area of contact. Some cooler manufacturers, in search of innovations, partially move the heat pipes to the cooler base. Because of this, the area of contact and the efficiency of the cooler are both reduced.

It is also important that the foundation is manufactured without any patterns. It should be a copper polished to a mirror. Before buying, it is necessary to inspect the cooler and make sure that there are no cuts, irregularities and other defects on its basis.

Note: In most cases, cooler foundation is made of copper. This material is relatively cheap and efficient in terms of heat transfer. There are aluminum foundations too, but they are much less effective. It is also good to remember that copper can be covered with nickel, because of what it acquires a silver color. 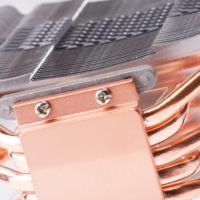 Almost every modern cooler has several heat pipes, whereas previously they were not used. The fact is that with the increase in the CPU capacity and the increase in the heat release, the existing cooling standards were already not enough, and the manufacturers decided to use the proven option – installation of heat-conducting pipes.

The copper pipe is filled with liquid and sealed on both sides. When heated, the liquid heats up and passes into a gaseous state. This gas moves to the other side of the pipe and thereby removes heat. Then this steam cools down, turns into water and returns to the base of the pipe. In computer coolers, the whole process is about the same, except that there is also a porous material inside which is necessary to allow the liquid to return back, even when the tubes are in a horizontal position.

When choosing a cooler for the processor, you need to pay attention to how many pipes are installed. By their properties, they are not very different, depending on the size, so the main criterion is the amount. The minimum allowable amount for cooling a modern powerful processor is 3-4 pipes, but the more, the better.

From the base of the cooler heat goes to the radiator – a dozen plates fixed on heat pipes.

A radiator can be of any shape, but it is important to remember some rules that distinguish a good radiator from a bad one:

Since the radiator on the cooler is partially visible on the open computer, some manufacturers are trying to make it in the best way in terms of design. It can be of different colors and shapes, plates may be fixed at unusual angles. In case the above rules are all perfectly met, fancy design will not affect the cooler operation much. 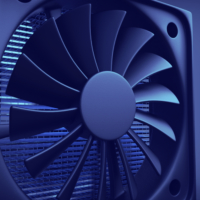 Some time ago, in pursuit of the quiet PC operation, manufacturers did everything possible to abandon the active cooling element, that is, the fan itself. However, a radiator without an element for heat dissipation is not able to cope with powerful processor, and because of it fans are still needed in the CPU coolers.

When choosing a fan, you must pay attention to its size and, respectively, to the size of its blades. Coolers with large blades are not only more effective in terms of removing heat from the radiator, but they are also quieter. There is an erroneous opinion that the speed of cooler rotation is much more important, but this is not true. Speed is an important parameter, but the diameter of the fan itself is even more important. If you install a cooler with a small blade diameter but with a high rotation speed, such a PC will make a lot of noise even when performing simple “office tasks”.

Also, when choosing a cooler, you need to pay attention to the type of fan bearing. On the market you can find fans made on Ball Bearing or Slide Bearing. Ball Bearings are better since they are less noisy and have a longer service life.

HOW TO INSTALL COOLER ON A CPU

If you have chosen the right cooler, there should not be any problems with its installation. Using special mounts, the fan is mounted on a top of the processor inserted into the socket slots. Most often, along with the cooler will come a detailed instruction for its installation, which allows understanding the principle of binding mechanism operation in general terms.

Before installing the cooler itself, it is important to correctly apply the thermal paste. It is necessary to eliminate the unevenness between the cooler base and the processor, for maximum heat transfer. Without thermal paste, the CPU will not be able to work without failures for a long time, therefore it is forbidden to neglect this step.