You are here: Home » Hardware » Monitor switched off but PC is still working: what should i do?

Monitor switched off but PC is still working: what should i do? 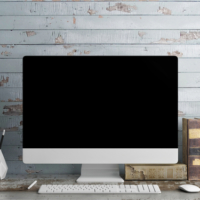 It’s fairly easy to connect system unit to the monitor, you just connect these two with a cable through the corresponding port. After it’s done an image will be broadcasted to the screen. Despite the relative simplicity of this procedure, a number of problems may arise immediately, even after a successful connection. If the monitor turns off while the computer is running, many users may assume that this is due to its malfunctioning operation. In fact, this is not always the case, and in this article we are going to tell you about the main reasons for the monitor to turn off while the system unit is running.

SIGNAL IS LOST BECAUSE OF THE CABLE OR CONNECTOR MALFUNCTION 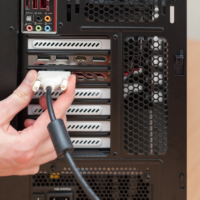 Faulty cable is the most common reason for the monitor to turn off for a while when the computer is still running normally. In this case, you need to check the status of a cable that is responsible for transferring information from your computer to the monitor. In the system unit most often it will be DVI or HDMI connector used to output the image. Make sure that the cable is firmly fixed into one of these connectors (if it’s a DVI, it needs to be fastened otherwise the connection will not be reliable).

If it is not possible to detect the damage or bad connection of the cable, it is recommended to try using a different connection port on the system unit case, most often there are several ports like that. Also, try to get a cable that for sure has no problems and connect your monitor to the system unit through this cable.

MONITOR TURNS OFF BECAUSE OF THE GRAPHIC CARD MALFUNCTION 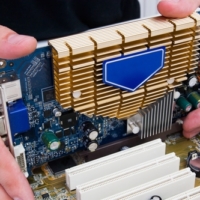 Graphic card is responsible for outputting images. Its faulty operation may cause the monitor screen to turn off during the system unit operation. You can make sure that the problem is not connected to the graphic card by connecting your computer to another monitor or, for example, to a TV. If the image is displayed there without any problems, then the option with a faulty graphic card can safely be discarded.

Most often a graphic card malfunction that leads to temporary signal outages at the output is associated with overheating. The base graphic card cooler is not always enough to cool the graphic card chip, especially if the video accelerator was overclocked. Check the temperature of the video card using special applications and make sure that it does not go beyond the acceptable limits.

It should be noted: If the monitor switches off during the system unit operation because of the graphic card overheating, this problem may manifest itself, for example, only when running resource-intensive games or programs.

MONITOR IS TURNING OFF BECAUSE OF FAULTY MEMORY MODULES

Another common problem that may cause a temporary monitor turn off is the RAM failure or some errors in RAM operation. To verify that this problem does not exist (or – in the opposite -is present), it is recommended to check RAM with Windows or third-party applications. Even if just one of several RAM modules is faulty, it may cause a spontaneous monitor turn off during the system unit operation.

RAM modules cannot be repaired, and if testing results are showing malfunctions in RAM module operation you will have only one option – to replace it. 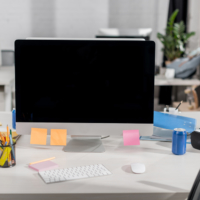 If the monitor goes out during the operation of the system unit, it cannot be excluded that there are some problems with its functionality. Most monitors have a protection that automatically turns off the screen if there is a danger of overheating. There is no option to check monitor temperature with the help of some diagnostic tools, so the only option to determine if it is too hot is to manually check it. If the monitor is overheated, you may need to place it in a more ventilated place in the room or, for example, move it away from the wall.

Also, your monitor may turn off automatically if it is operating in a highly humid environment. In this situation, you need to transfer your monitor to a room with normal humidity and allow it to stay turned off for a while without connecting it to the network. During this time, the settled moisture should evaporate, and when working in a normal environment, your monitor will no longer turn itself off if there is no corrosion.

SHORT CIRCUIT S IN THE MOTHERBOARD

In case none of the reasons described above is leading your monitor to its turn offs most likely you are facing a motherboard malfunction. This is the most serious problem, because to solve it you will need to replace your motherboard completely.