You are here: Home » Laptop » Why my laptop turns on and then off

Why my laptop turns on and then off 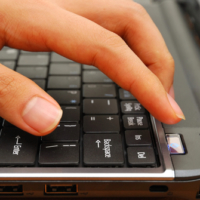 Any user may encounter both hardware and software problems of all sorts while working with a laptop or a desktop computer. And it has to be noted that laptops are subjected to a more complex malfunctions since these devices are much more complicated than a system unit with a monitor. The most unpleasant and difficult situation is when some error does not allow the system to boot. One of such errors that can be encountered is when your computer shuts down before Windows starts or immediately after it. In this article, we will tell you why your laptop turns on and immediately off, and what to do if you are facing such a problem.

Laptop turns off because of hardware malfunctions

It is not an easy task to arrange all the necessary components in the laptop case especially because doing that one has to think really carefully how and where to place cooling system. That is why quite often various laptop elements simply fail. Let’s take a closer look at the main malfunctions that may lead to a spontaneous shutdown at boot. 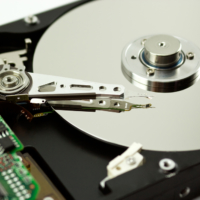 Damage to the HDD or SSD may occur for various reasons, for example, due to physical damage if laptop falls down. Another common cause of hard drive failure is a sudden shutdown of a laptop, due to which the drive must make an emergency stop.

If the hard drive itself or the operating system files on it were damaged, the laptop may turn itself off before it is fully loaded. In such a situation, it is recommended to check the hard disk by installing it into another computer (meaning the one that has no problems at boot). 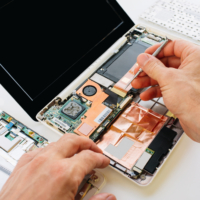 A common reason for a laptop to turn on and then immediately off is CPU overheating. In most cases, it occurs due to the absence of thermal paste (or it might be present but way too dry). If this is the case, you will need to replace the thermal paste, which can be done independently, if there are no difficulties with laptop disassembling.

It is much worse when the CPU overheats not because it is lacking thermal paste, but because of poor cooling when both – coolers and radiators – do not work properly. In this case, it is necessary to determine the cause of their failure and repair or replace them. There may be problems with replacing coolers in a laptop, because often it is quite difficult to find laptop parts if it is not of the most common model. 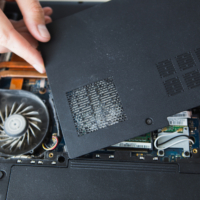 According to the recommendations of all laptop manufacturers, every 6 months these devices must be sent to a service center for professional cleaning. This will allow the laptop to work as long as possible, without having problems with overheating. If the coolers of a portable computer are very dirty, all its components (CPU, graphics processor, hard disk, and so on) will overheat almost instantly after you turn your laptop on. As a result, there will launch an overheating protection which will make your computer to shut down.

The easiest way to fix this problem is to disassemble the laptop and clean it properly. 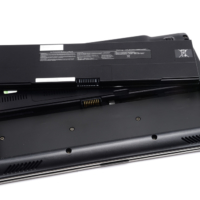 Most often, the laptop turns on and immediately off due to the battery malfunction. Many users are buying laptops to use them constantly at home or in the office. So they are working on these devices with both – battery and power supply – connected constantly and simultaneously. This kind of operation is an emergency mode for the battery, and because of it the battery life most likely will be greatly reduced. If the battery ceases completely to hold the charge, your laptop may turn off immediately after you turned it on.

It should be noted that this problem may appear not only because of strong battery deterioration. It also takes place if, for example, the battery terminals are oxidized and the necessary voltage cannot pass through them.

A short circuit may occur in the laptop motherboard for two reasons: the electrical network is unstable or the battery is not working properly. Most often the short circuit leads to the burning of motherboard capacitors, which is a serious problem. In this situation you most likely will not be able to repair your laptop on your own so it will be a lot better to take it to a reputable service center.

Power supply unit malfunctions may also be a reason for your laptop to turn off immediately after it was turned on. It is necessary to check the indicator on the laptop’s power supply unit. Depending on the laptop model, it may work in different ways. Most often, the indicator should just turn green, and if it flashes, for example, you may assume that there is some sort of malfunction and probably consider replacing the power supply cable or the whole unit.

Laptop shuts down at boot because of software problems

If your laptop shuts down immediately after it was turned on due to software malfunctions, most often these are problems related to BIOS. For example, malware could set BIOS settings so that your computer will automatically shut down after a certain amount of time. It is recommended to go to the BIOS settings and reset them to default values ​​in order to solve the problem. 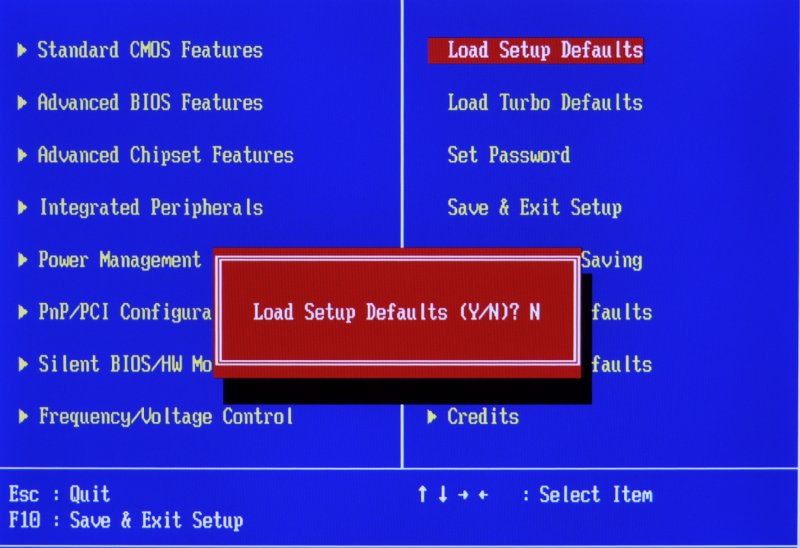 If the laptop shuts down when booting due to some problems with Windows, you may try to restore the files integrity or reinstall the operating system.