You are here: Home » Windows » Windows 10 families and editions 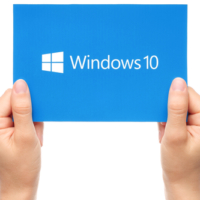 Windows operating system has always been offered in a variety of solutions for different categories of users. It can be used not only on home computers, but also in a professional work environment, in educational institutions, in the corporate segment, and so on. Everywhere, the tasks that are set for Windows differ in a number of aspects.

Now on the market one can find only one Microsoft system for personal computers – Windows 10, but it is presented in a number of variations, while there are also other Windows families. There are various editions of Windows 10, which we will try to describe in the framework of this article.

Please note
Below we’ll talk about Windows editions and Windows families, but you also need to remember that the operating system may differ in its functionality, depending on its version. Microsoft regularly releases updates that add new features and improve OS stability.

Microsoft has recently refused to support a variety of operating systems for personal computers – Windows XP, Windows Vista, Windows 7, Windows 8, and Windows 8.1. Microsoft is now offering to upgrade all computers that were using these systems to Windows 10 for free. However, there are several other Windows families that are used not on personal computers, but on various specialized devices.

In general, now all Windows families can be divided as follows:

In addition to the above, it is also worth noting a separate family – Windows Insider. In fact, it is nothing more than a part of the Windows NT family. Under Windows Insider there are usually released some operating system test versions.

Windows 10 editions: what are the differences between them

Among all of the above, the Windows NT family, which includes Windows 10, the current operating system for personal computers, is of most interest to the average user. Windows 10 have many different editions, some of which restrict various functions. In this way, Microsoft makes it clear to all users that if they want more features, they will have to pay more. This allows Microsoft to sell cheaper editions that lack some functionality for educational institutions, and also sell more expensive specialized versions of Windows 10 with many features that are needed only in certain professional fields.

Let’s take a look at the currently presented Windows 10 editions and their main differences:

In addition to the above versions, you can also meet Windows N and Windows KN versions. These are OS versions that are close in functionality to the basic Home version, but they lack some Microsoft native applications, such as Windows Media Player, Groove Music, Skype and others. Such versions were released in order to comply with the laws of various countries and territorial jurisdictions.